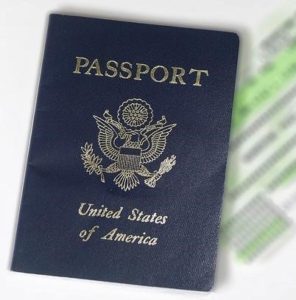 As you start to make plans for the summer, you might be considering travel. Did you check to see whether the IRS will let you travel? I bet not.

The FAST Act, which was signed into law in December 2015, provides that if the Secretary of State receives certification from the IRS that a taxpayer has a “seriously delinquent tax debt”, then the taxpayer’s passport can be denied, revoked or limited. The law defines a “seriously delinquent tax debt” as an unpaid, legally enforceable tax liability of an individual which is greater than $50,000 and for which a lien has been filed, or a levy has been issued. The amount includes interest and penalties. There are a few very limited exceptions to the law’s application. Please call me to discuss these exceptions, if the law applies to you.

The law requires the IRS to contemporaneously notify an individual that the certification of delinquency is being submitted to the Department of State. The individual would then have the right to bring a civil action against the US in either district court or the Tax Court to contest the correctness of the certification.

The IRS has announced that it has not yet begun to certify tax delinquencies to the Department of State, but expects to do so in early 2017. There is no indication of what this might mean, especially since we are officially in the second quarter of the year.

Additionally, the IRS has announced that if the Secretary of State intends to revoke a passport, a taxpayer who finds him/herself outside the country may be permitted to return to the United States prior to revocation. This appears to be a policy and is not contained in the law.

Note that although we generally associate passports only with travel abroad, there are about 25 states whose state-issued IDs do not comply with standards mandated by federal law. Thus, citizens from those states may have to use their passports to travel domestically, and would be affected by this law. Luckily, for us Floridians, our state-issued IDs are compliant.

If you plan to travel for pleasure, or if your job requires you to travel, you need to address your tax situation NOW, before the IRS begins certifying delinquencies.  I can help you resolve your tax issues so that your travel plans are not ruined as a result of this law.